When I realized the Weekly Photo Challenge theme was “Two Subjects” I knew I wanted to write about two of the most classy and  stylish people I’ve known: my Aunt Esther

and my Aunt Sheila.

Over the years I’ve seen  pictures of my dad’s sisters…so stylish…so glamorous…so lovely.  I would see their photos and think about the confidence they projected.

Still, I see more than their beauty. They carried themselves with class. I can’t help but smile.

My Aunt Esther was a dedicated wife and home maker who raised three children.  She had air of sweetness about her, a cheerful smile and an easy-going disposition.

One of my favorite pictures in the family gallery is this photo of my Aunt Esther as a bridesmaid..  She is stunning. I am also touched by her poise and grace.

My Aunt Sheila,  also a dedicated wife and mother, worked most recently as an interpreter.   When I finally decided to blog, I took much of my inspiration from her. She has starred in a few videos where she’s told family stories on her own blog.

When email first became popular she would practice her computer skills by sending jokes to my sister’s young children. We dubbed her our e-Aunt.

This picture of my Aunt Sheila is very casual.  I can picture her relaxing on the porch while enjoying a conversation with friends, neighbors and family. It’s a reminder for me to pause every now and then and simply enjoy everyday moments.

I understand that.  I have two sisters.  We would to stay up late at night, talking and giggling in our room.  Our parents would repeatedly tell us to go to sleep.

I imagine they were no different, laughing and sharing each others secrets, desires and dreams. 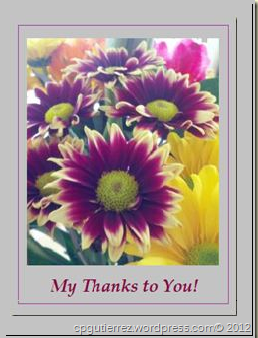