The WordPress theme was “Down.”   I mulled over this theme for a while.  I didn’t really have any photos that had to do with heights, or, with the emotions that occur when one is down.  I finally settled on taking a walk down memory lane.   I hope you enjoy my little stroll.

My parents met at a church youth group in Southern California in 1949. They were married in 1953 when my dad was on leave from Fort Ord, California.  He had just finished basic training. He was later stationed in Germany during the Korean conflict. 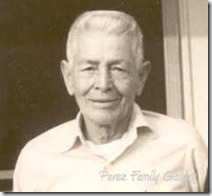 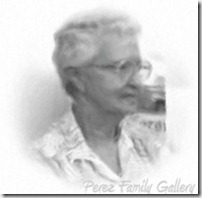 My mom’s parents lived with us about half of the year.  During the other half of the year they would visit family in Mexico. The trips to Mexico occurred regularly until my grandfather had a change in health and could no longer travel.

I was accustomed to having three generations in the household.  We used to say the family consisted of my parents, grandparents, six kids and a dog (or two).

I happen to be the fourth of the six of us. As you might imaging we had a very active family. Like any home we had our ups and downs. That being said it was generally noisy, hectic and happy.

When I was in high school someone gave me a very large postcard in honor of my family. It said: “Welcome to the House of Perpetual Commotion.”

It was perfect.   We displayed the postcard proudly for years.  Everyone who saw it agreed that it fit!

The photos below were taken on the last Thanksgiving that was spent in the house.  The family had grown to include daughters and sons-in-law plus grandkids.

The children in the last photo are grown.  Some of them now have children of their own.

I know this is just a small glimpse of my family and its history.   My walk down memory lane brought back a lot of fond memories.  I had a good laugh thinking about ideas for future stories.

I hope it also causes you to take  your own stroll and to recount times that you can remember fondly.